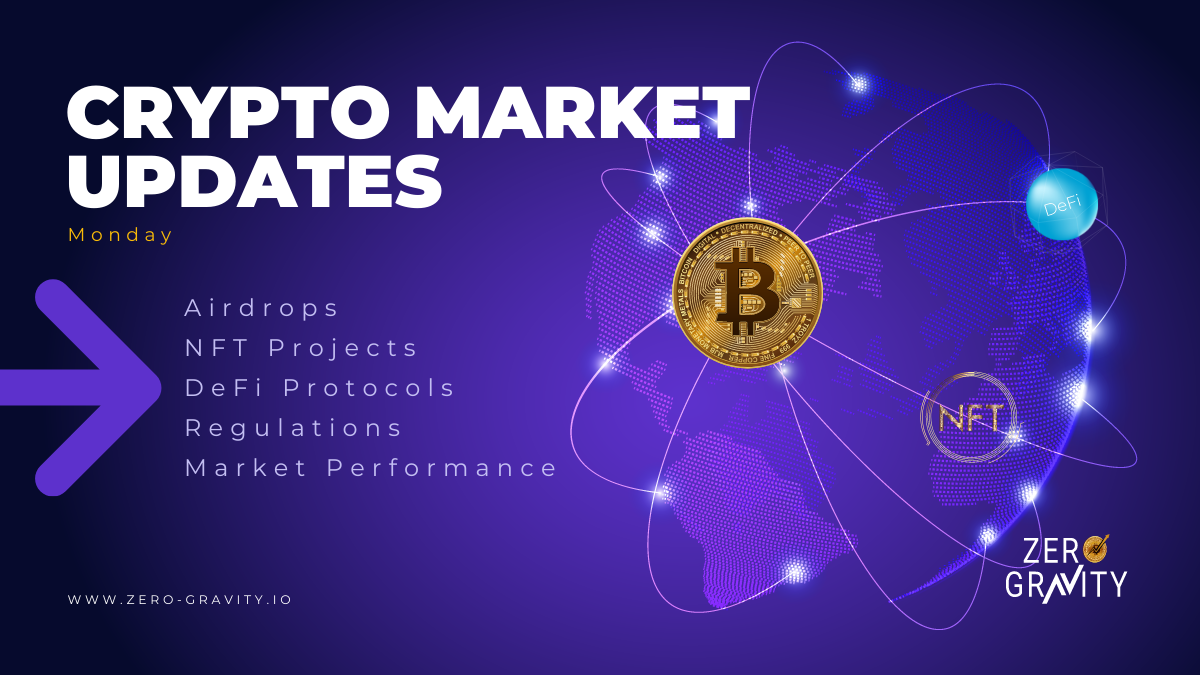 Round-up of the most interesting news stories of the cryptocurrency market, including quick analysis on Bitcoin and Ethereum.

Bitcoin has managed to perform a strong price action the last week. From the $37k low to gaining around 20%, the cryptocurrency indicated that the market structure has turned bullish. However, after reaching a price high of $45,600 on Mar 2, the market started to reverse, pushing Bitcoin below the $40k mark. 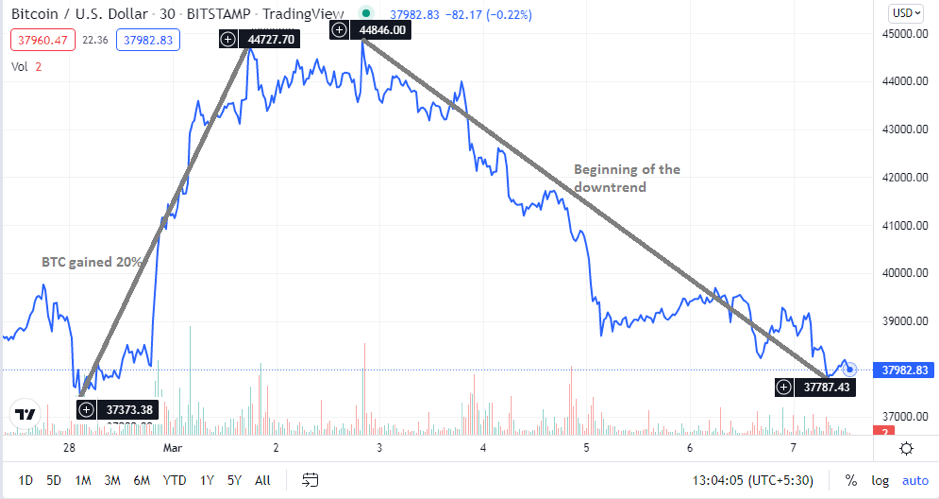 On Saturday, the BTC/USD pair reached $39k before starting to pivot higher. But, it only gained about $500 as the $39,500 mark offered resistance. During the weekend, the four-hour chart of Bitcoin formed a bearish flag pattern.

The chart indicates that Bitcoin has moved below the 25-and 50-day moving averages while RSI is tracking at the oversold level. Besides, the BTC/USD pair has touched a lower level of $37,590 today morning, however; it immediately went above the $38k mark. Both the technical indicators and price action suggests that Bitcoin is likely to continue falling as it tries to gain support at $37k due to bearish pressure.

The weekend was difficult for Ethereum as it struggled to move away from the critical support at $2500. Today morning, the bear took control of the market and pushed the cryptocurrency’s price below $2550, and settled below the 100-hour SMA. Now, it is consolidating losses and trading above the $2500 support.

In case Ethereum fails to clear the initial resistance at $2600, it could extend a decline below its crucial support level at $2500, after which the market sentiments could grow bearish, pushing the price to revisit the $2400 support level. In the said matter, Ethereum could incur more losses by moving towards the $2300 level.

In the early last week, Russians were barred from using Apple and Google Pay after the US imposed heavy sanctions on Russia. Later the week, Mastercard and Visa also joined in the protest and announced plans to block multiple Russian financial institutions. Following the orders of two of the biggest payment providers, Express and PayPal have also announced on Saturday to suspend their operations in Russia.

Since Russia has been dependent on global networks for its financial system to function, institutions and banks are now facing problems with making international payments. As the inconvenience spread across millions of ordinary citizens, prominent Russian banks have decided to use Chinese UnionPay’s mechanism to issue debit/credit cards to customers.

Furthermore, in a global movement to cripple Russia’s monetary system, Switzerland has also made plans to freeze the crypto assets of all Russian citizens and businesses in an attempt to comply with the sanctions imposed by the EU. A senior official at the finance ministry confirmed the news and said, “If someone holds their crypto key themselves, then, wherever they are, it’s going to be virtually impossible to identify them. But if they are using crypto services — funds, exchanges, and so on — these service points we can target,” the official stated.

US Regulator’s Love and Hate for Cryptos

A US Senate has unanimously voted in the support of a bill that sought to allow eligible banks operating in Virginia to offer crypto custodial services.

The House Bill No. 253 was introduced by Christopher T. Head back in January 2022, which would allow banks to “provide their customers with virtual currency custody services”. It was later passed by Virginia lawmakers with a sweeping 39:0 vote. As we speak, the bill is now waiting to be signed by Governor Glenn Youngkin, which once approved will turn it into law.

In an opposite scenario, Fed Chairman Jerome Powell – who has time after time made it clear that he is not a fan of digital coins -, wants to regulate the crypto industry to thwart them from being used to finance terrorism and other illicit activities.

During his testimony before the House Financial Services Committee, Jerome said, “I just think [there’s] the need for Congressional action on digital finance, including cryptocurrencies. We have this burgeoning industry that has many parts to it, and there isn’t in place the kind of regulatory framework that needs to be. It’s probably no different with railroads, telephones, or the internet and ultimately what’s needed is a framework and in particular, ways to prevent these unbacked cryptocurrencies from servicing as a vehicle for terrorist finance and just general criminal behavior, tax avoidance, and the like.”

The Godfather of DeFi, Andre Announced the Shutdown of 25 dApps

If you are active in the DeFi space, you might have come across the name Andre Cronje, a software engineer from South Africa that injected a lifeline into the concept of DAOs with Yearn Finance (YFI). Along with many other decentralized protocols like YFI, he is a fintech expert involved in many DeFi operations. However, to everyone’s surprise, on Sunday, Anton Nell, a frequent collaborator, announced on Twitter that he and Andre are quitting their support to over 25 applications. 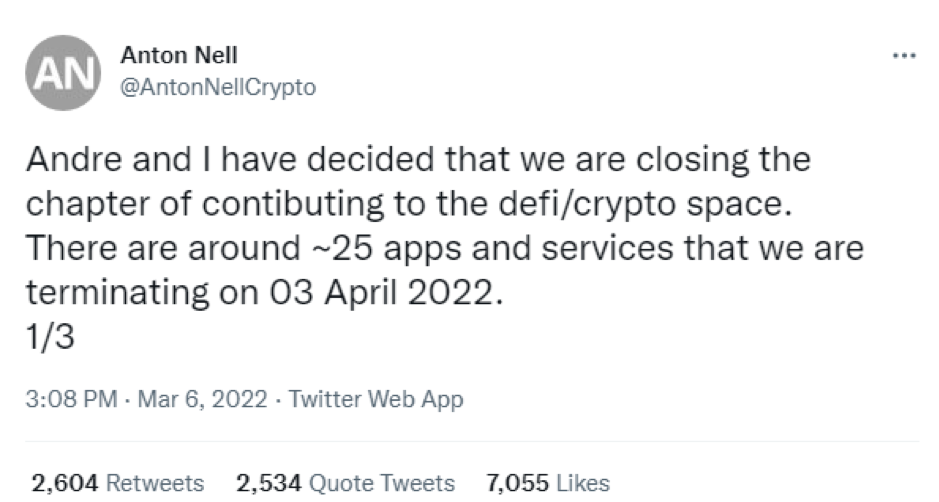 The market has reacted violently to the announcement. Projects developed by Andre tumbled. For example, Solidly was down by 75% and Keep3r tokens lost over 25% of their value, while Iron Bank was down by 50%. The effect was also seen in projects that have even the thinnest links to Cronje.