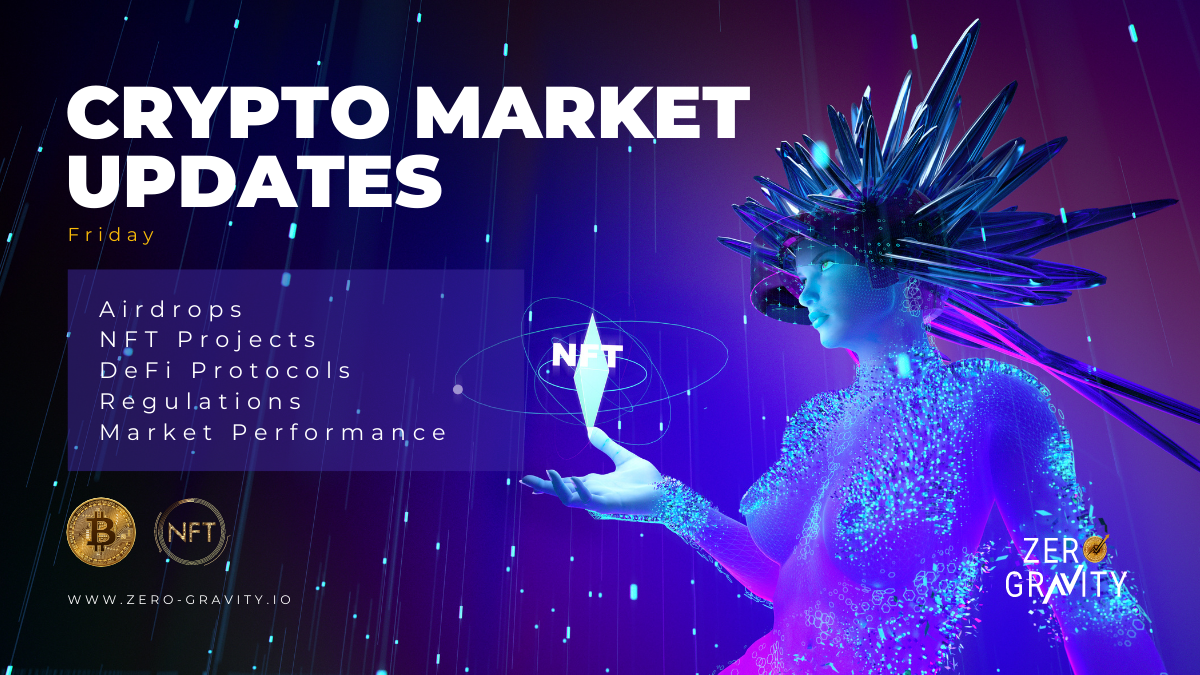 A round-up of the most interesting news stories on the cryptocurrency market in the last two days.

After soaring to the top of the trading range between $36k and $46k, Bitcoin got sharply rejected as it failed to stay above the $43k support zone. Thanks to an increasingly volatile microenvironment, the cryptocurrency went from ~$45k to ~41k, losing about 10% in less than 48 hours. 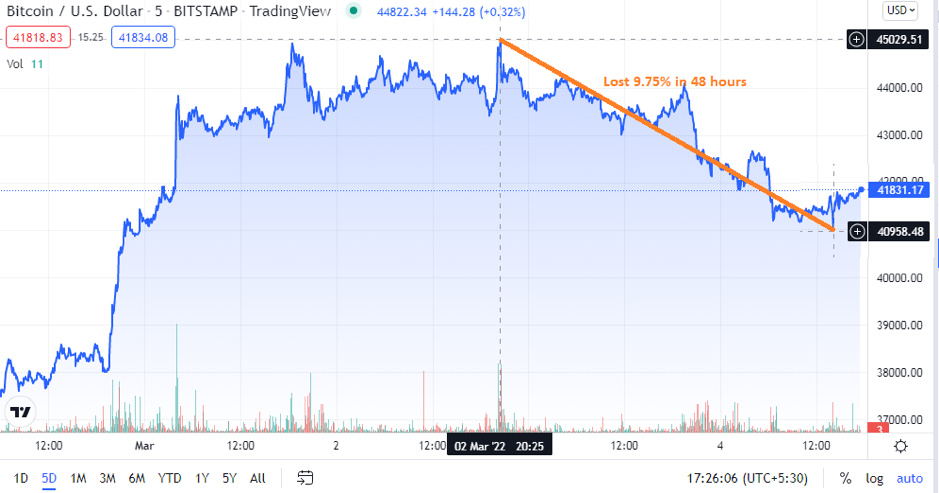 Currently, Bitcoin is trading at $41,831, about $400 below its resistance level of $42k, as well as, the 100-hour simple moving average. Now that the cryptocurrency has broken its major support level, it could continue to move down to its immediate support near the $40,200 level. The next main support is at $40k, which once broken, could start a major decline in Bitcoin’s price.

On the other hand, if Bitcoin could break the initial resistance near the $42k level, we can expect it to move towards its key resistance level at $42,599 and the 100-hourly SMA.

A clear move above the key resistance could get Bitcoin to start afresh pace, in which, we can see its price surpassing $43k.

Ethereum had an encouraging start to the week but turned bearish in the last 48 hours. The cryptocurrency has lost over $200 during the period and is currently falling towards its critical support level at $2500.

Due to the price rejection at $3k, Ethereum is now looking weak and could easily drop to the $2500 level before we see it attempting for a breakout. The next crucial support is at $2675 on the downside, below which the price might gain bearish momentum. In the stated case, if Ethereum incurs more losses, we might see it moving towards its crucial $2500 level in the near term.

However, if Ethereum is to open the doors for a steady increase, the $2800 level is the first major resistance that the cryptocurrency should clear. The next major resistance is at the $2850 level and the 100-hour simple moving average. Once cleared, we can see Ether breaking $3000 = a crucial resistance zone for upward movement.

The Financial Conduct Authority (FCA) of the United Kingdom announced yesterday that it has initiated investigations against unregistered companies within the country. It is done to combat widespread financial frauds like crypto assets, boiler rooms, and recovery room scams. Last year, the FCA received over 16,400 inquiries about possible scams. in the investing sector.

In addition to 300 probes, the authority is conducting about 50 investigations into regulated crypto firms, which are reportedly related to criminal activities, as well as, illegal businesses operated under the white-collar.

Some of the world’s biggest exchanges, including Binance, Kraken, and Coinbase, have stopped short of a blanket ban on Russians, stating the action is against Bitcoin’s ethos, while some said it could also hurt citizens opposing the move by the Russian government.

Commenting on the matter, Coinbase CEO, Brian Armstrong said, “We are not preemptively banning all Russians from using Coinbase. We believe everyone deserves access to basic financial services unless the law says otherwise. Some ordinary Russians are using crypto as a lifeline now that their currency has collapsed. Many of them likely oppose what their country is doing, and a ban would hurt them, too”.

Speaking with CNBC, a spokesperson at Binance, said, “We are not going to unilaterally freeze millions of innocent users’ accounts. “Crypto is meant to provide greater financial freedom for people across the globe. To unilaterally decide to ban people’s access to their crypto would fly in the face of the reason why crypto exists.”

The government of Ukraine had announced that it’ll airdrop cryptocurrencies donated to the nation’s wallet. However, to everyone’s surprise, the country has now junked the plan. Vice Prime Minister of Ukraine, Mykhailo Fedorov confirmed the news yesterday by tweeting about the matter. 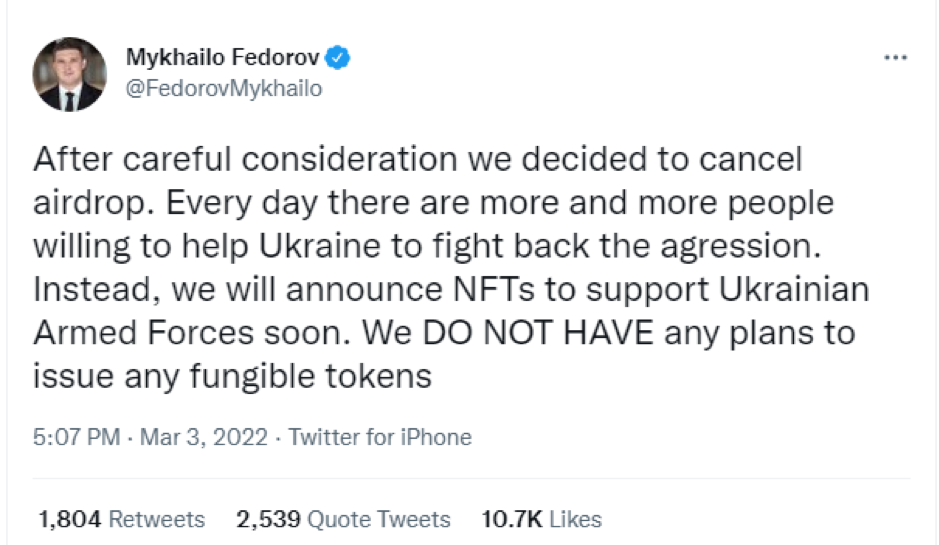 This move by the Ukrainian government comes after a fake account created 7 billion “Peach World Token”, which looked like an official airdrop token for crypto donors. However, no official report has surfaced that such tokens were the reason for an unexpected turn.

Nonetheless, Ukraine is now planning to support its armed forces by utilizing non-fungible tokens (NFTs), which the country plans to offer to donors.

How To Connect Metamask To Avalanche Blockchain?