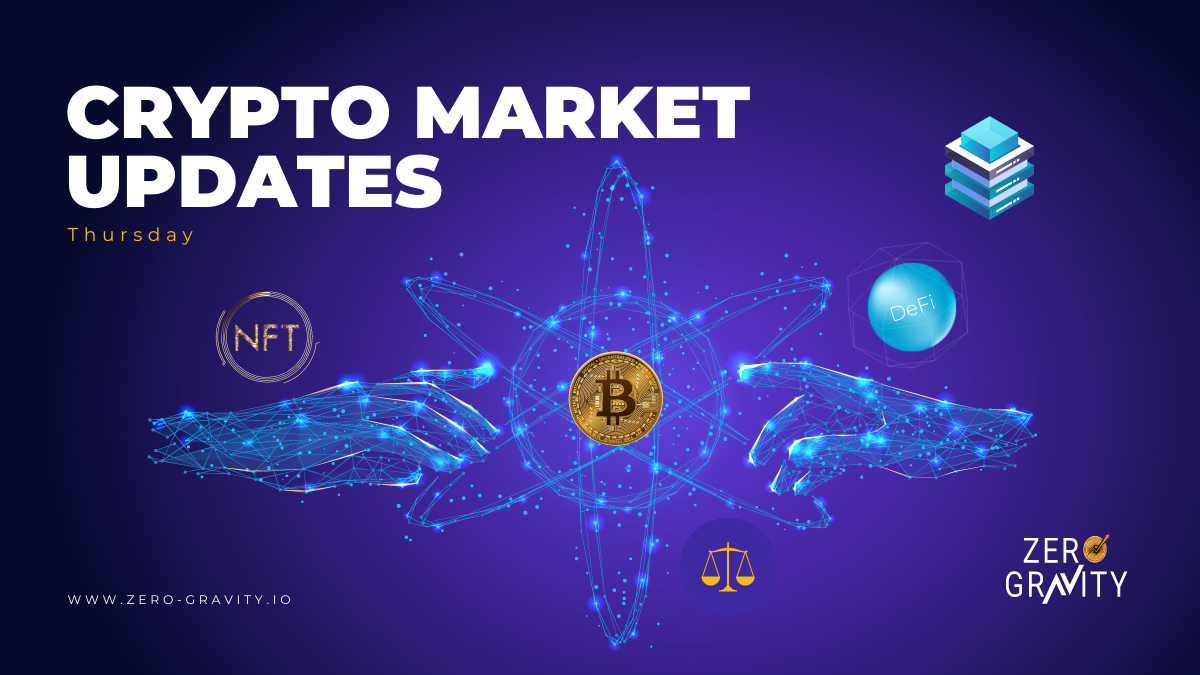 Round-up of the most important news stories within the cryptocurrency market in the last two days, including regulatory updates and daily data analysis.

Bitcoin reclaimed the $44,000 mark and touched days’ high off of $44,600 on the morning of 16th Feb, however; due to escalated Russia-Ukraine tensions increased the risk sentiment, the price has since been moving within the $43,000 and $44,500 range. Although $44,000 seems like a wall of resistance for Bitcoin which continues to hold bulls at bay, the Elliott Wave Theory technical analysis suggests a possible and sideways correction before finishing C wave to upside.

At the same time, the crypto market is keeping an eye on the steps that the U.S. Federal Reserve might take to combat higher inflation rates. However, if Bitcoin continues to hold above the $42,000 level, indicators, especially the LTF wave structure, suggest we are more likely to ride a new way to a higher price.

Bitcoin Critics and Rebuttals – (And “A Change of Heart?”)

Warren Buffet’s second in command, Charlie Munger, has struck again against Bitcoin yesterday by calling it “some venereal disease” that he has proudly avoided.

This is not the first time the billionaire investor has criticized cryptocurrencies. In several interviews, he “regards Bitcoin craze as totally asinine” and has considered digital assets as a currency that kidnappers or tax fraudsters are more likely to use.

Warren Buffett’s long-trusted deputy is not the only one who has spoken against cryptocurrency in the last two days.

While most Americans loved crypto ads during the Super Bowl game, Senate Banking Head, Sherrod Brown, blasted them during a senate committee hearing and said that the advertisements lacked “transparency”.

In a completely different scenario, Berkshire Hathaway – a multinational conglomerate run by Warren Buffet and where Charlie is a vice-chairman – invested $1 billion in Nubank, a digital lender, in the last quarter of 2021, according to SEC. This move has puzzled the crypto community because both American investors have traditionally spoken outrageously against cryptocurrencies and yet invested in them.

US Lawmakers Tighten the Grip on Crypto

From introducing a new bill to mitigate crypto-related risk to investigating top cryptocurrency exchange, the US government is toughening its stance against the crypto ecosystem.

A new bill has come into the light that aims to mitigate risks posed by El Salvador’s adoption of considering Bitcoin as legal tender in the country. The proposed bill was introduced yesterday by three US senators, including Mr. Risch, Mr. Menendez, and Mr. Cassidy. If/when the bill passes, Federal agencies will need to submit a report on the country’s abilities regarding financial stability and cybersecurity within 60 days.

The SEC is also eyeing one of the world’s largest exchanges, Binance. As per a WSJ article, the  U.S. Securities and Exchange Commission is currently looking into the relationship between Binance’s US-based exchange and two other trading firms, Sigma Chain AG and Merit Peak. The report suggests that Binance’s CEO, Changpeng Zhao, is connected to both trading firms along with other former executives of the company.

Illicit Transaction in Cryptos are Rising, But Still, A Lot Lower Compared to Legitimate Transactions

A Chainlysis report suggests that cryptocurrency-based crime has grown from $4.6 billion in 2017 to $14 billion in 2021.

Though the increase in illicit transaction volume is attributed to the growing usage of cryptocurrencies, the data shows that the growth of the legitimate usage of crypto has outpaced the growth of criminal usage. The total crypto market volume has only about 0.15% of transactions involving illicit addresses in 2021, which is 0.47% lower than the data of illicit transaction volume collected in 2020.

DeFi remains the major sector of crypto responsible for more than $2 billion of stolen funds in different protocols, an increase of 1330% since 2019. Centralized exchanges are in the second position with less than $500 million stolen from them in 2021. 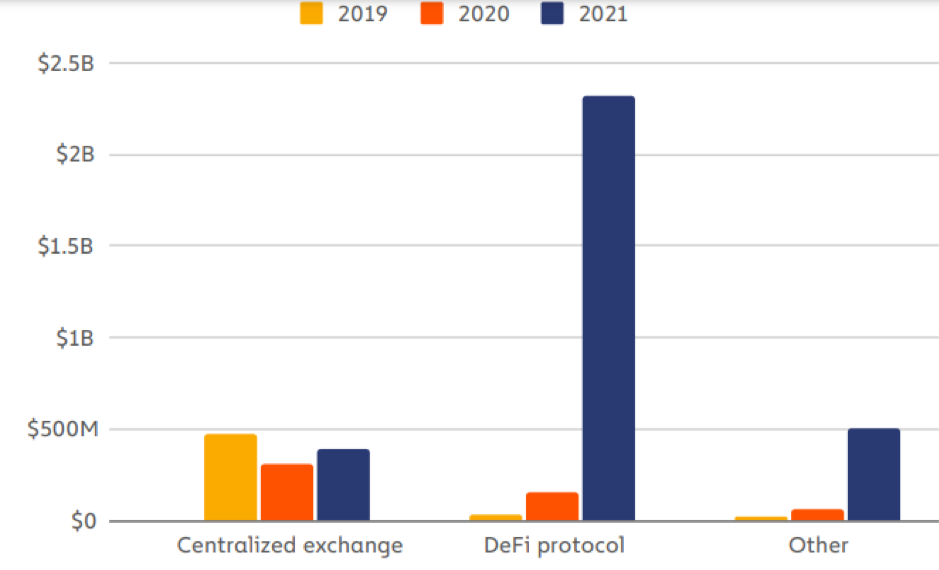 Positive Crypto Sentiments Around the World

Starting with Russia, the finance ministry of the country has contradicted the statement of the Bank of Russia and said that instead of banning cryptocurrencies, the government should fix the ongoing predicament surrounding crypto regulations. Finance Minister, Siluanov, also emphasized filing a proposal to the government on how to regulate cryptocurrencies.

Colorado might accept crypto for tax and other official payments shortly. Governor Jared Polis, while speaking about the plans to enable Colorado for digital currencies, said that they are looking to make payments more efficient and convenient, which is why the state would accept multiple cryptocurrencies. During his speech, he also announced that Colorado is actively looking at companies that will help manage crypto-related transactions.

Jumping onto the bandwagon next is Israel. The Middle Eastern country has just announced its plan to collaborate with professionals in order to regulate the FinTech and crypto industry. The pro-blockchain statement comes from the chair of Israel Securities Authority (ISA), Anat Guetta, who told Coindesk about their plan to utilize blockchain technology for the betterment of the country.

Digging Deep the Curious Case of Has Crypto Gone Mainstream?
Scroll to top