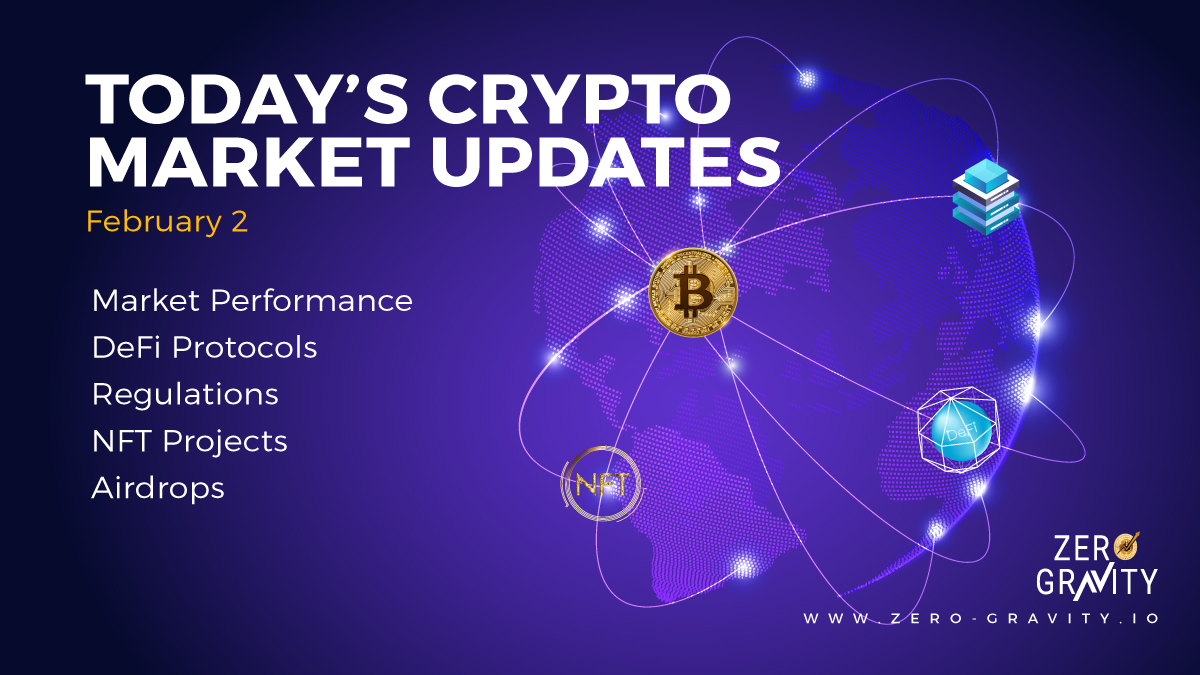 A daily round-up of the most interesting news stories on the cryptocurrency market- and its sub-sectors like DeFi and NFT.

Although not much change was seen in the crypto market today, it’s still up by 0.38% from the last day as the global market cap reaches $1.78 trillion. However, the trading volume took a dip by 12.20% in the last 24 hours.

While the world’s first cryptocurrency Bitcoin observed various ups and downs today, it is still down by a mere 0.01% as of writing. 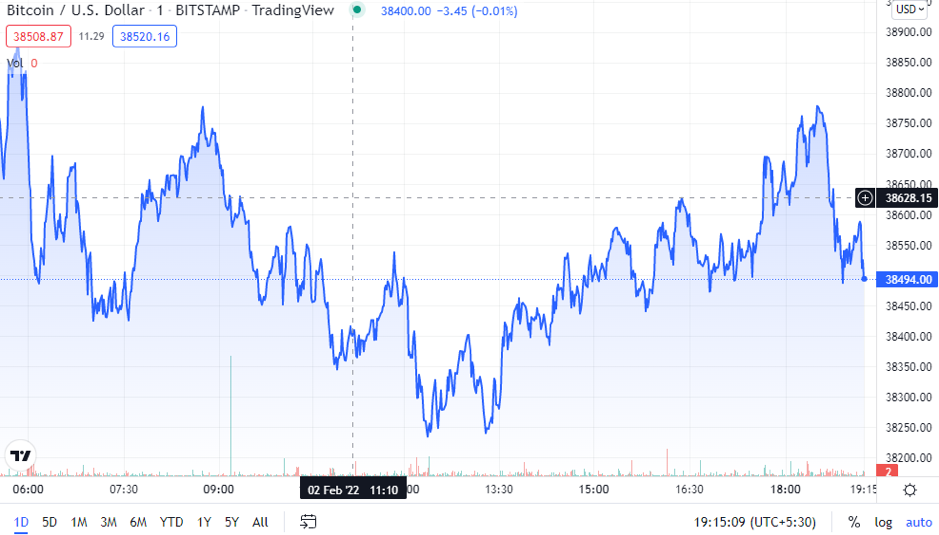 Ethereum, however, is up by a small percentage of 0.03, signaling an overall positive sentiment around the crypto community. Today, the top gainers were Dodge Rise Up (420.73%) and Graft (417.3%).

Similar to the global crypto market, DeFi was also seen in the green today as the TVL in different protocols reached $80.89 billion. MakerDAO, in particular, was dominating over other protocols with over $16 billion of TVL locked.

It was good for several DeFi protocols except Yearn Finance, which is down by 10.38% in the last 24 hours. Another application of blockchain, the NFT market is on a run today as the weekly trading volume goes above 100 million mark today.

News Around The Globe

After India announces taxation on virtual currencies, the Finance Minister of the country said today that the crypto bill is still undergoing consultation. However, she cleared that the new law cryptocurrencies are now legal because they are taxed like gambling wins. Later on, expressing his views on the state of cryptocurrencies, Financial secretary, Somanathan, later commented:

““Bitcoin, Ethereum or NFT will never become legal tender. Crypto assets are assets whose value will be determined between two people. You can buy gold, diamond, crypto, but that will have not have the value authorization by government,”

In another part of India, a local cap has been accused of kidnapping a crypto trader and demanding a ransom of about $40 million. The accused has been arrested by the police along with his seven co-conspirators.

Columbian tax authorities have started tightening the screw on crypto users that are avoiding tax. The DIAN ( (Dirección de Impuestos y Aduanas Nacionales de Colombia) has released a statement that it has initiated actions to control the taxpayers who carry out cryptocurrency operations.

DeFi projects might face the wrath of new rules being proposed by the SEC, as per Hester Peirce – an SEC commissioner who is famous by the name “Crypto Mom”. As per a Bloomberg article, she said the proposal includes additional regulations to be imposed on firms that deal with decentralized finance.

The biggest price gainers of DeFi in the last 24 hours are bZxHQ (BZRX) and idexio (IDEX) while FerrumNetwork (FRM) and Orion Protocol (ORN) are down. However, despite the good day for DeFi, the daily trading volume took a hit and is down by 24.5% from yesterday. 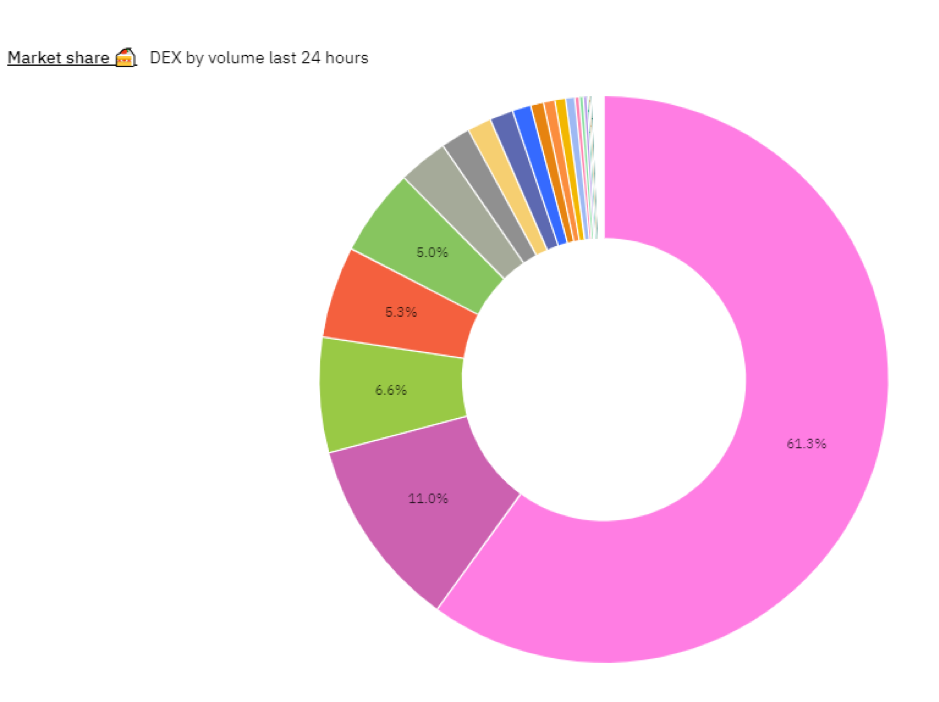 NFTs in The News

CoinDesk, a renowned crypto publication, launched a new animated series and podcast called “NFT All Stars”, which will spotlight some of the popular crypto influencers and thought leaders. The series will be hosted by Marguerite deCourcelle (also known as Coin Artist) and Jason Bailey.

A report by Decrypt reveals that OpenSea, the NFT marketplace, generated more than $5 billion in trading volume in January. Data from Dune Analytics shows that the platform had $4.95 billion of Ethereum and $79 milion of Polygon trading volume. 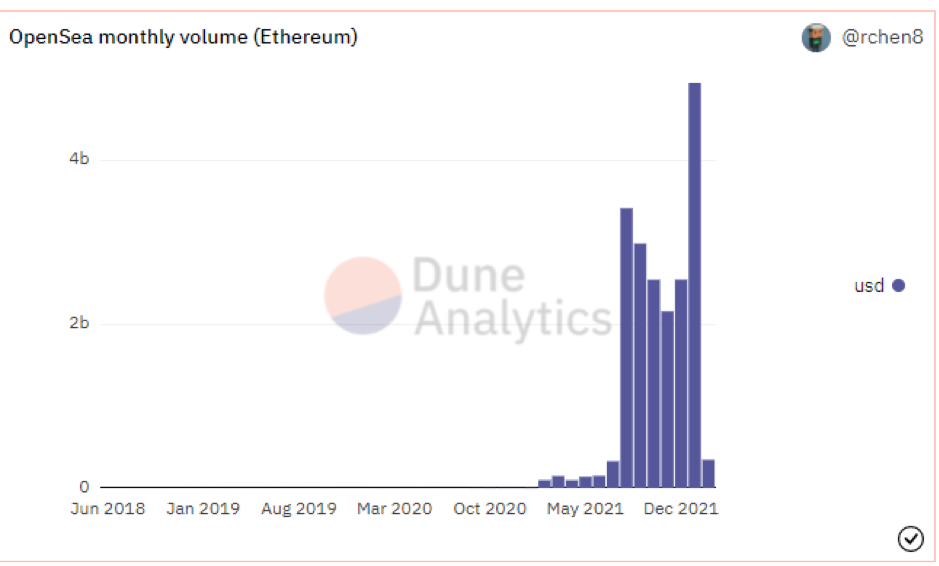 Coachella Valley Music and Arts Festival, an annual music and arts festival, is selling lifetime passes as NFTs on cryptocurrency exchange FTX. They are offering 10 NTFs that grant a lifetime access to their event.

Humswap, a DeFi platform completed the airdrop of 2,596 Ant NFTs (ANS) and Ant Perpetuity NFTs (ANC) today. The airdrop was given to anyone who had held at least one Humswap BOWL and one Neoverse series at the time of participation.

EYWA, a cross-chain liquidity and data protocol, is offering unique NFTs to users who participate in their Alpha test challenge, which consists of a few steps. It includes completing a few tasks on Telegram for points, which can be exchanged to collect unique collectible NFTs.

R-DAO, a decentralized autonomous organization of the R-Planet metaverse, is distributing its RDAO tokens in an airdrop due tomorrow i.e., Thursday, February 3rd. Players with at least 100 crafts at the moment of snapshot (on October 25th) are eligible for the event.