Digging Deep the Curious Case of “Has Crypto Gone Mainstream?” 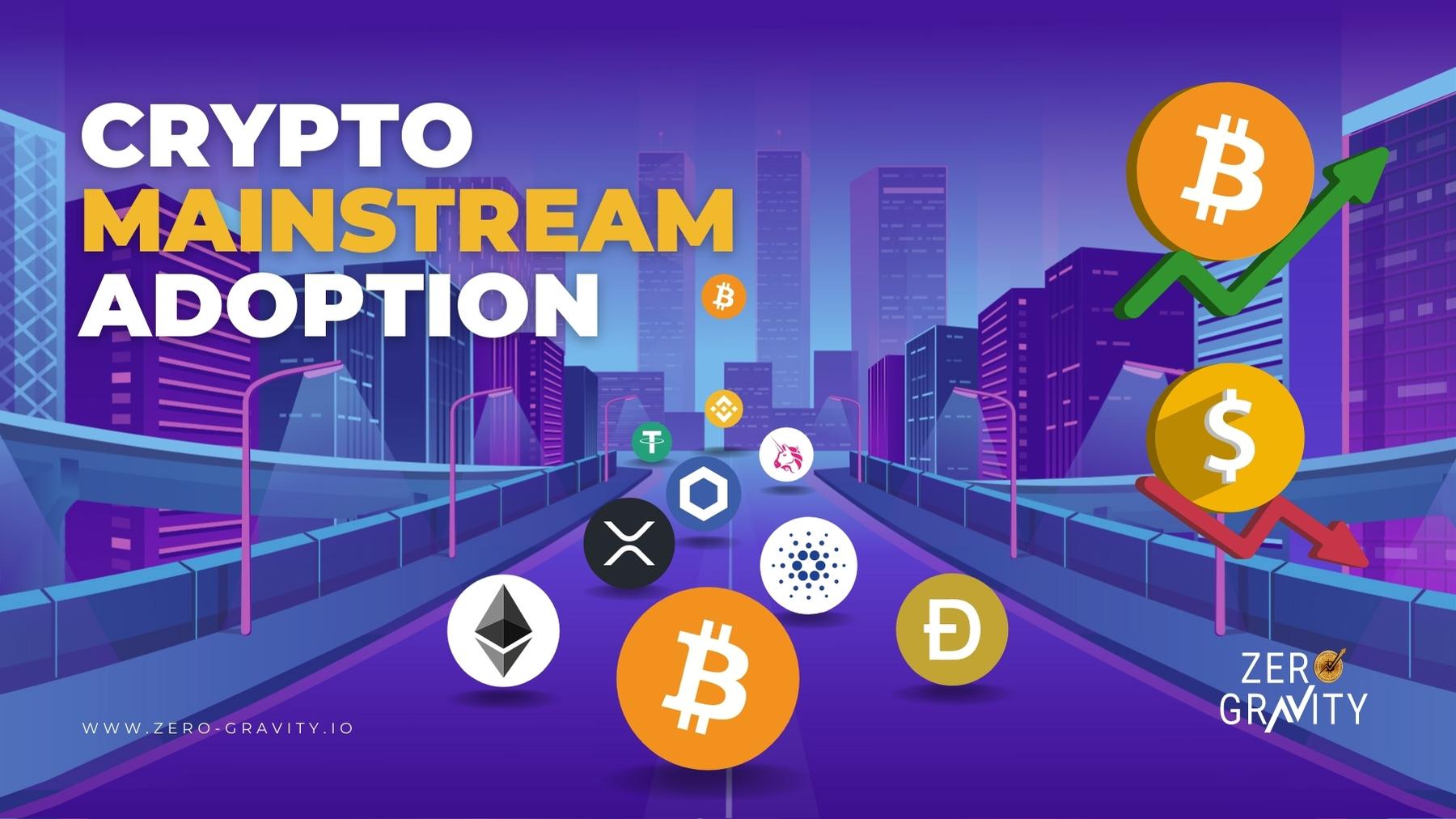 Digging Deep the Curious Case of “Has Crypto Gone Mainstream?”

With close to a $2 trillion market cap, a significant increase in the number of crypto wallets, and a report showing crypto ownership is now roughly equal to certificate of deposit (CD) ownership in the US, cryptocurrencies might have just entered a new phase of existence.

Dubbed as “evil” and “a Ponzi scheme” for almost a decade, cryptocurrencies have had their fair share of staying at the fringes of the investment universe. It was a joke – some would say, or, a currency for criminals. Many in the traditional financial community thought the “fad” would go away with time. Even those with an open mind would shrug and say, “I don’t get it”.

Yet, cryptocurrencies are alive, growing at a larger scale than ever, and more importantly, have become a crucial investment instrument in the past few months.

The industry is now worth trillions and has, indeed, elbowed its way into the mainstream. Our reasoning?

A few days ago, over SIX crypto-focused advertisements were shown during one of the biggest sports games in America: The Super Bowl.

But, that’s surely not enough for our claim.

The Report from Morning Consult Might Be Worth Considering

A few days ago, a business intelligence company called Morning Consult released its quarterly “The State of Consumer Banking & Payments” report. It is based on survey interviews of more than 50,000 participants from multiple countries and provides insight into their financial world.

Some notable findings are:

The report includes participants that represent less than 1% of the total world population, which might not be enough to take a global view of cryptocurrency adoption. However, the findings are proof that cryptocurrencies are now more than a passing fad that has gained consumers’ attention in recent years.

Let’s take a look at some other developments that support our argument of growing cryptocurrency adoption in the world.

Note: Though blockchain wallets don’t necessarily represent the right number of owners due to duplicate accounts, they can help gauge the current state of the industry if we look at them with an unweighted margin of error by a few percent.

Blockchain wallet allows users to trade and store cryptocurrencies. The data from Blockchain.com shows the number of people using this wallet has rapidly grown over the last year. 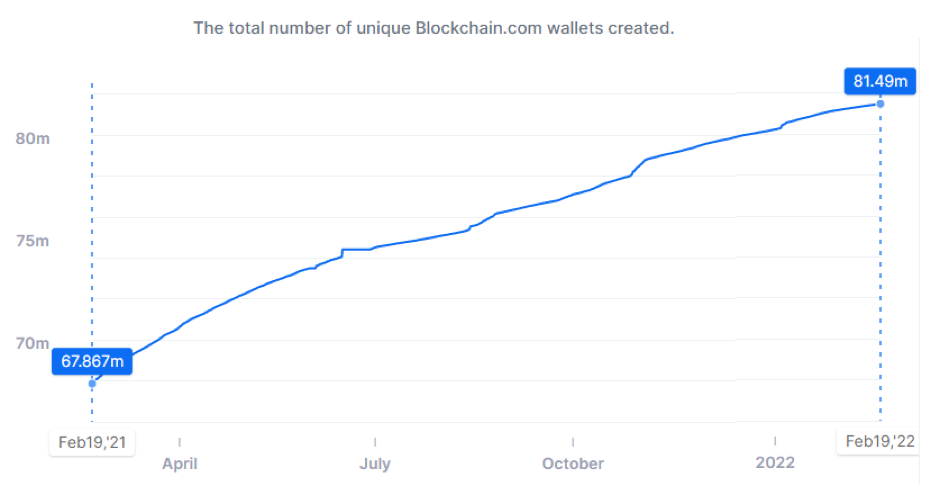 On the other hand, after nearly touching the $3 trillion mark in November 2021, the total market cap of cryptocurrencies currently stands at ~$1.7 trillion, up by 4% since Feb 2021.

But that could be said for any industry in a growth phase; doesn’t necessarily say that cryptocurrencies have entered mainstream. So, why not look at some other significant developments in the crypto field?

Bitcoin: The 750-Billion Pound Gorilla With Returns Better than Gold and Stocks

Despite shedding close to $300 billion since Feb 2021, Bitcoin is still the 9th largest asset with a market cap of $750 billion. Considering the short history of 12 years, it is a feat to achieve for a cryptocurrency that has been under the scrutiny of lawmakers and regulators since its inception. Nonetheless, Bitcoin has proved over theses years that it has not just grown in market cap but investing in it can yield better returns than even the top asset class – Gold. Here is a chart from Woobull that shows growth of both Gold and Bitcoin in last 12.5 years:

Similarly, when compared to stock market indexes like S&P 500, NASDAQ, and DOW, Bitcoin has performed exceptionally well in the last five years.

The flat lines represent indexes and high-low curves represent Bitcoin. Though the world’s first cryptocurrency has been volatile over the period, it has given far better returns than the rest of the stock market.

Financial Institutions and Conglomerates Have Jumped Onto The Bandwagon

2021 has been a successful year for cryptocurrencies. The global crypto market cap reached $3.1 trillion and Bitcoin gained its highest high of $68,000 during the same year. The exceptional return on investments persuaded major business actors to the industry, with the aim of taking the lion’s share of the market. Below are some of the top companies that have engaged with the crypto space last year:

We may have left many companies due to lack of accurate resources. But, Blockdata has done well in compiling a list of banks that reportedly have exposure to blockchain and cryptocurrencies. Over 55% of the world’s top 100 banks are included in their report. 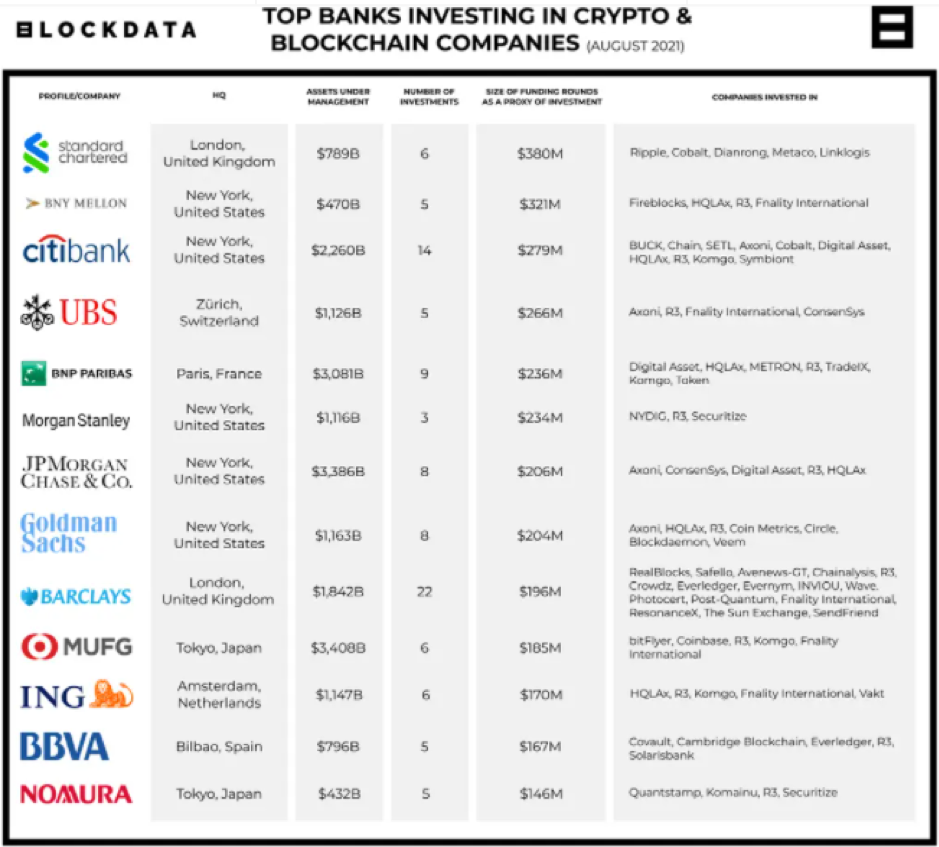 Furthemore, here is a list of companies from Yahoo that have some level of exposure to cryptocurrencies: 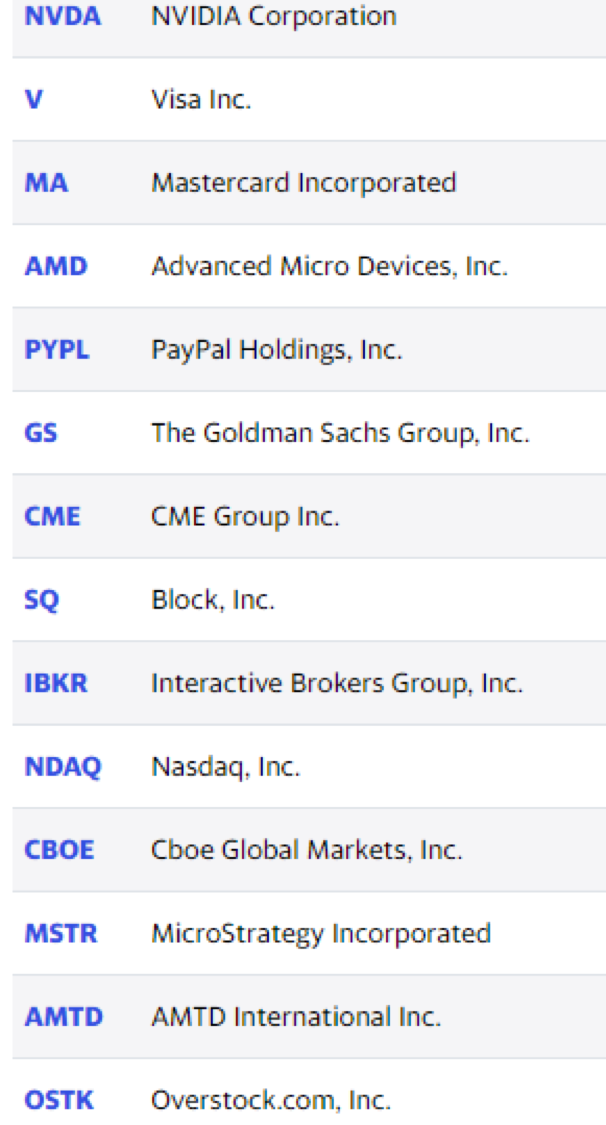 The Entry of Financial Watchdogs and Regulators

From announcements of CBDC to taxing cryptocurrencies, the crypto market has taken a paramount spot on news channels for the past two years. But, the limelight was taken by El Salvador, a Central America country that made Bitcoin legal tender in October 2021.

Following the lead of El Salvador, Ukraine has now passed a bill to regulate cryptocurrencies, while India warmed to crypto with tax, and Paraguay’s senate also passed a Bitcoin and cryptocurrency mining ball. The victory for crypto activists doesn’t only stop here.

Just to give you an idea about where cryptocurrencies are legal and not, here is a map from Wikipedia: 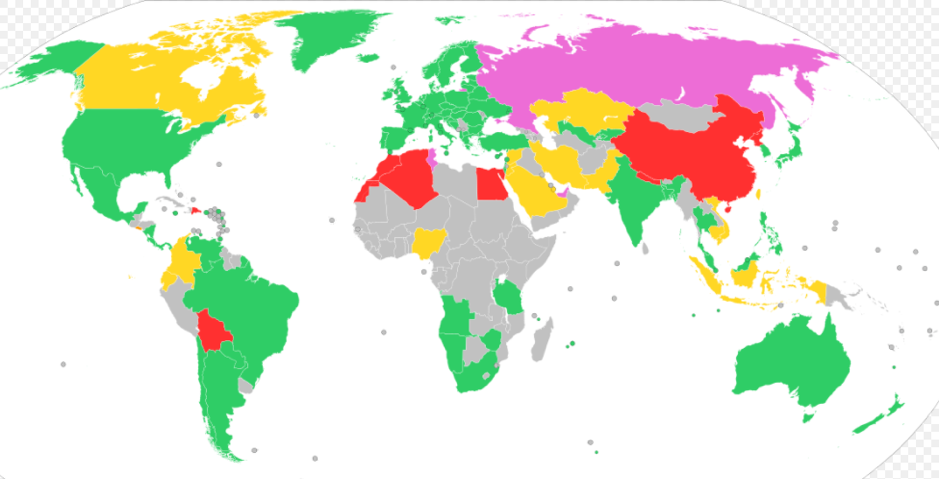 The countries shaded in red – which are quite a few – are hostile towards Bitcoin, while other colors represents countries where trading cryptocurrencies is legal. If we look closely, we can see the growing playfield of cryptocurrencies; whereas, those in disapproval take up an area that can be ignored.

If these advancements tells us anything, in particular, is that the world has inched towards crypto adoption. Some are early entrants and others will get along as they learn more about the industry and its potential to disrupt the financial space.

But, the point is, cryptocurrencies have grown to be an asset class that no longer can be ignored as an investment, and more importantly, as a technology.